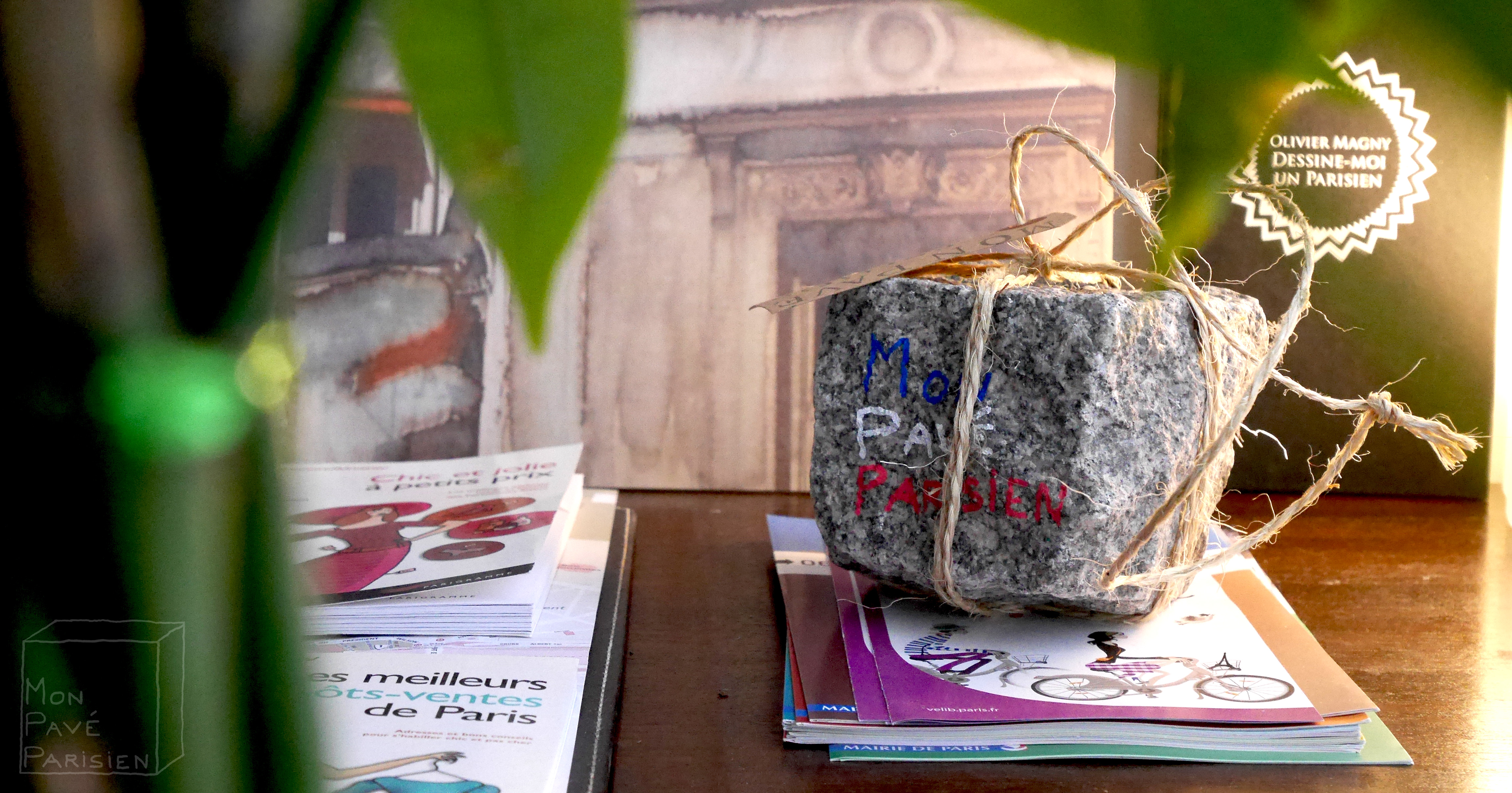 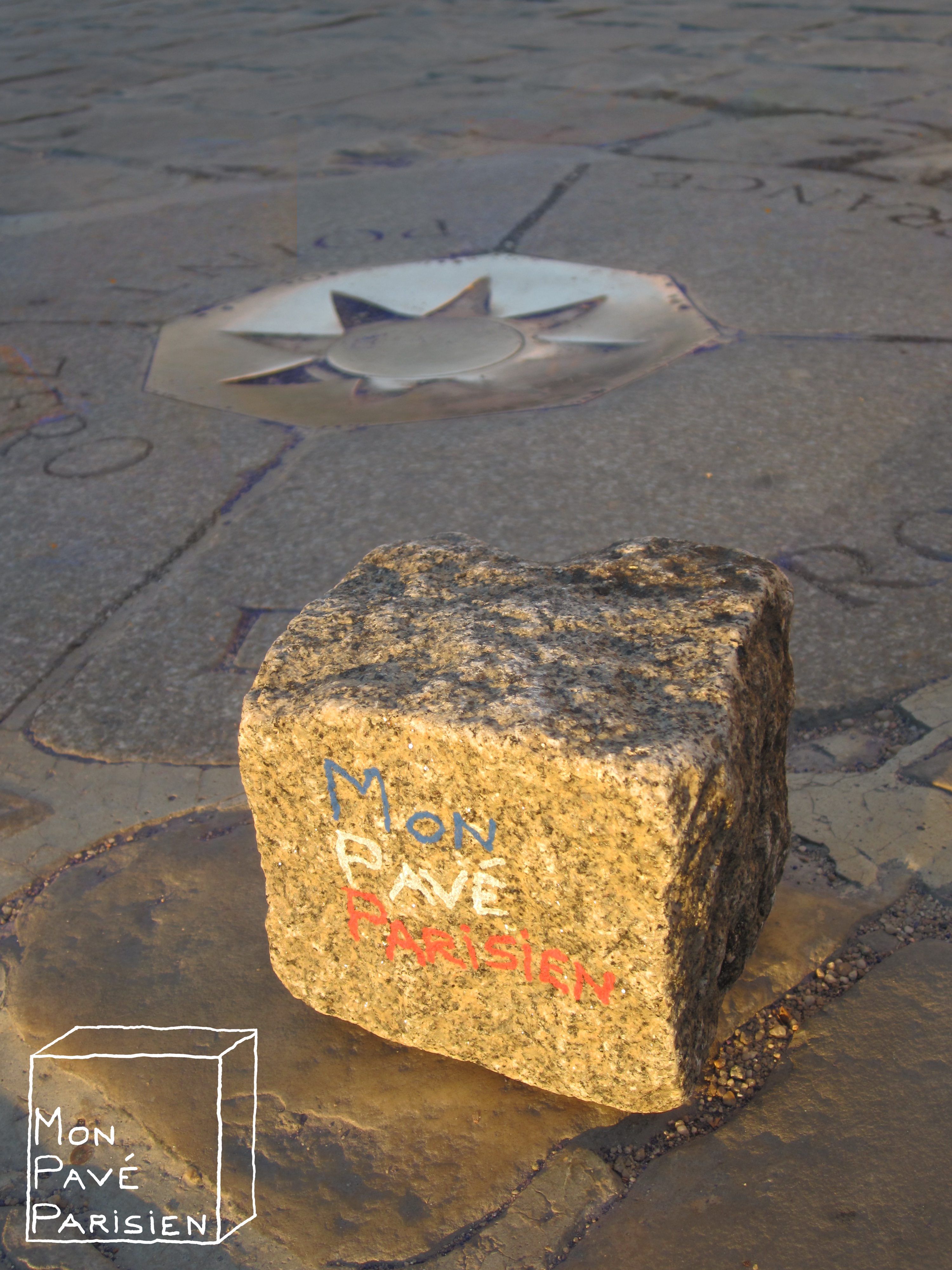 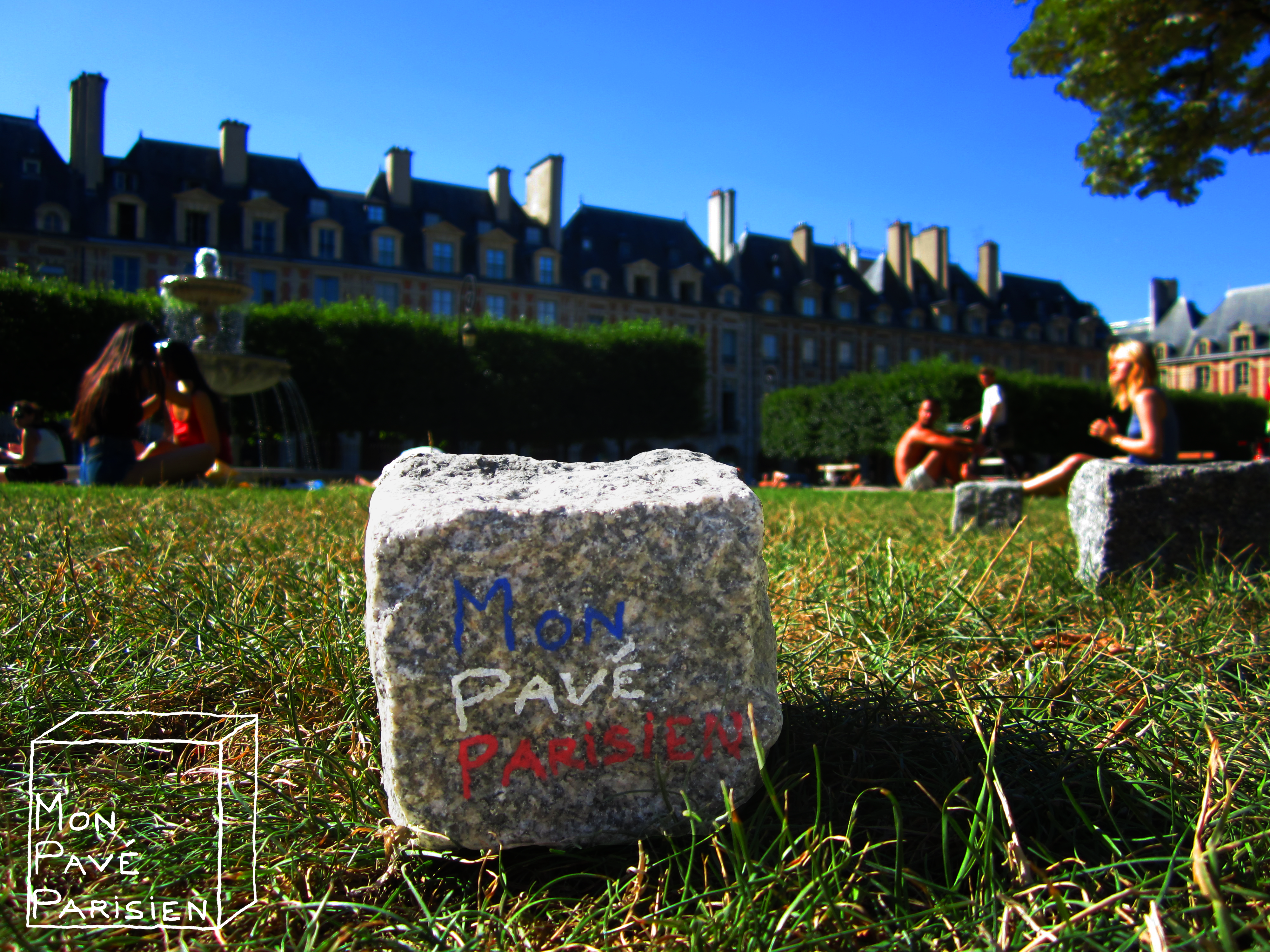 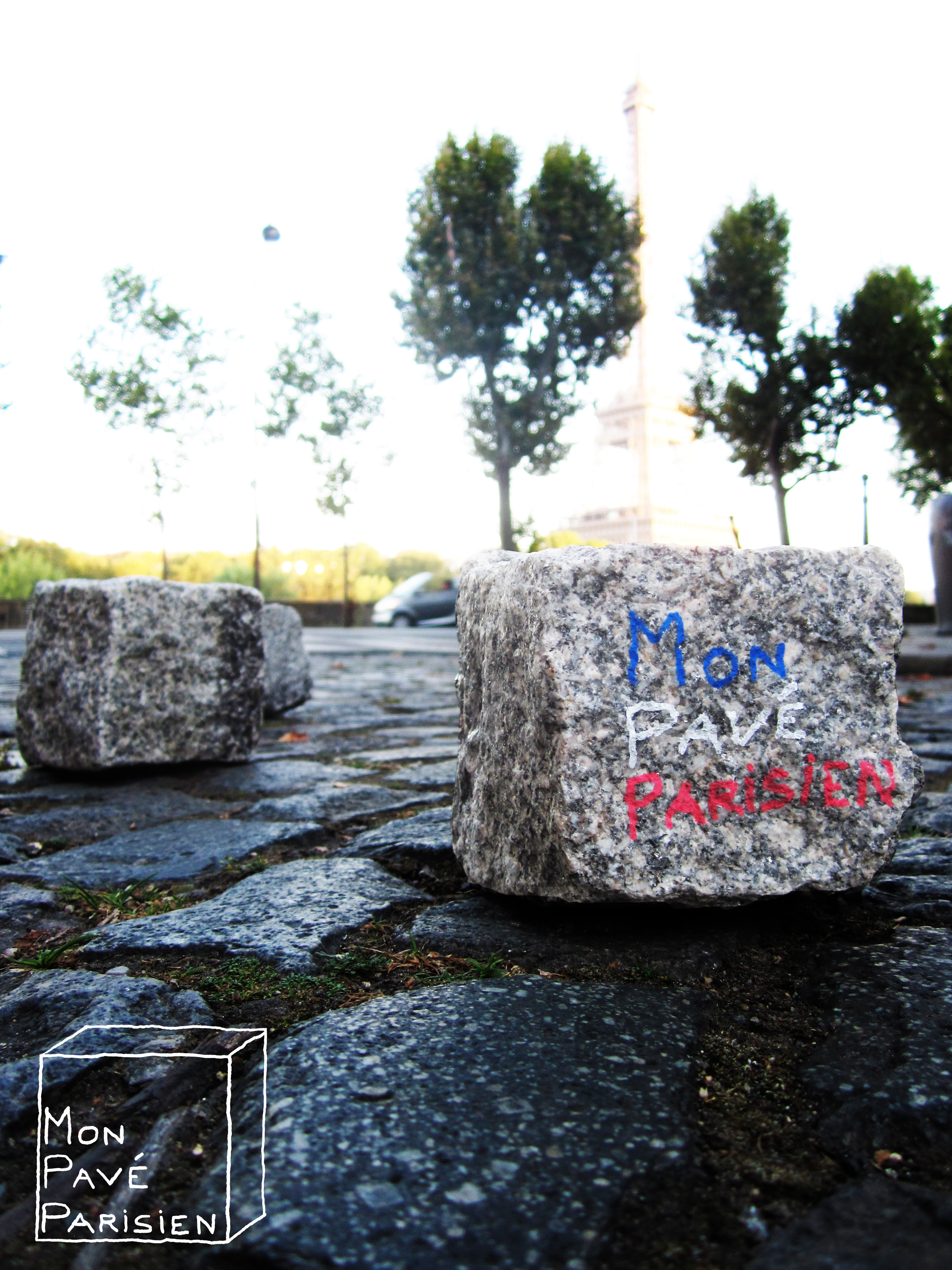 Summer 2016. The warmth of the streets mingles with a popular sports fervor; One team having won against another.

Margaux is in a light dress on her red vespa. Roundabout of the Champs-Elysées. A small, thunderous car cuts off the road. Margaux stops and falls on a unsealed cobblestone. A parisian cobblestone. Her Parisian cobblestone which she would like to bring home. To expose it between a set of antic books and a ceramic unicorn. Or on her art-deco desk. Or in a old Japanese Zen garden of the 90s.

Considering the possibility of facing 5 years in jail and having on her conscience the accidental death of a cyclist falling into the void left by the absence of cobblestone, Margaux continues on her way and will later search on the internet to attempt to acquire her Pavé Parisien. In vain.

Therfore Margaux will seek to repair this regrettable omission of international design by buying, washing, reworking, painting, packing, labeling, those pieces of Parisian patrimony that are the granite cubes known as cobblestone or, in French, “Pavés”

Thus was born “Mon Pavé Parisien”, available today so that every Parisian has the chance to have 100 cubic centimeters of rock history at home. 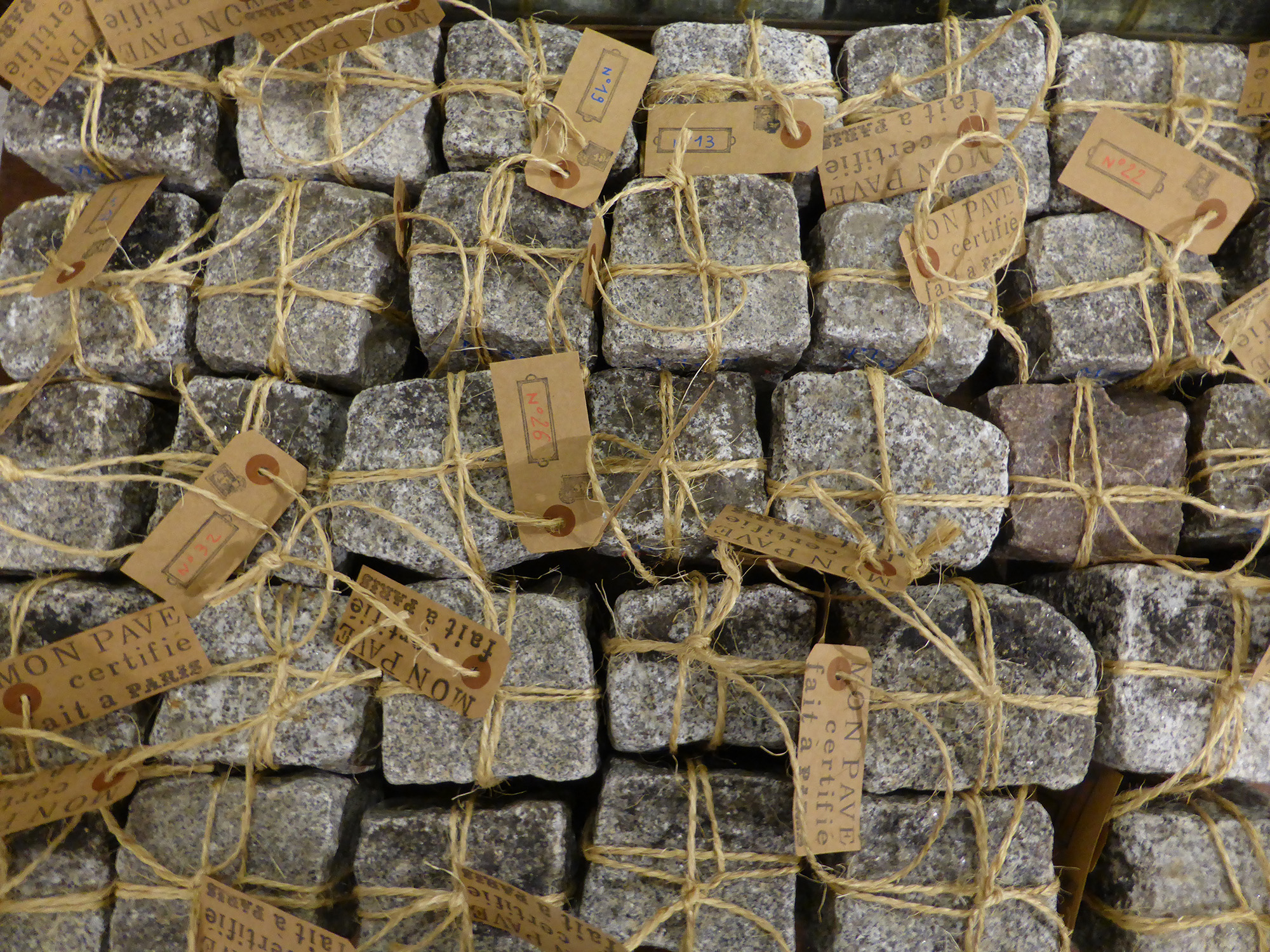